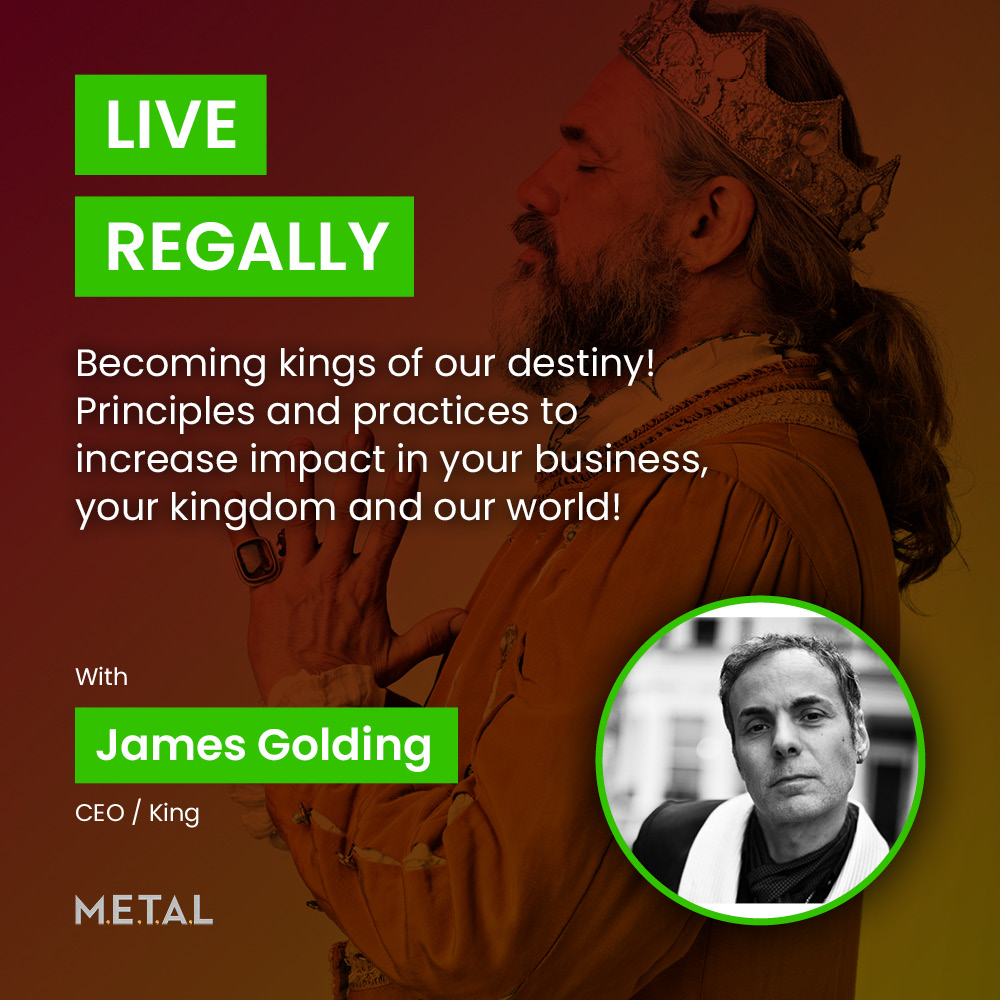 We gather to help you to cultivate and present the optimum version of yourself to make a world of difference. Come join the fun and take your places at the roundtable as we discuss such topics as how to and what it means to: Show up and share your light, Put virtues and values into practice & Make each day your masterpiece. All welcome! Come ready to explore, share and discover as we get motivated and inspired, each one of us becoming forged, shaped, sharpened and polished to resonate for that right royal response!

James Golding (aka King James) is a British musician, entrepreneur and speaker. James grew up on King's Road Chelsea, London's epicenter of movements such as 60's British rock, 70's punk and 80’s new wave. He assisted at his father's boutique ACE in his early years, serving British rock stars such as David Bowie and The Rolling Stones. He was the event producer at London's legendary Café de Paris and worked as a consultant for Disney, Sony and L'Oreal.