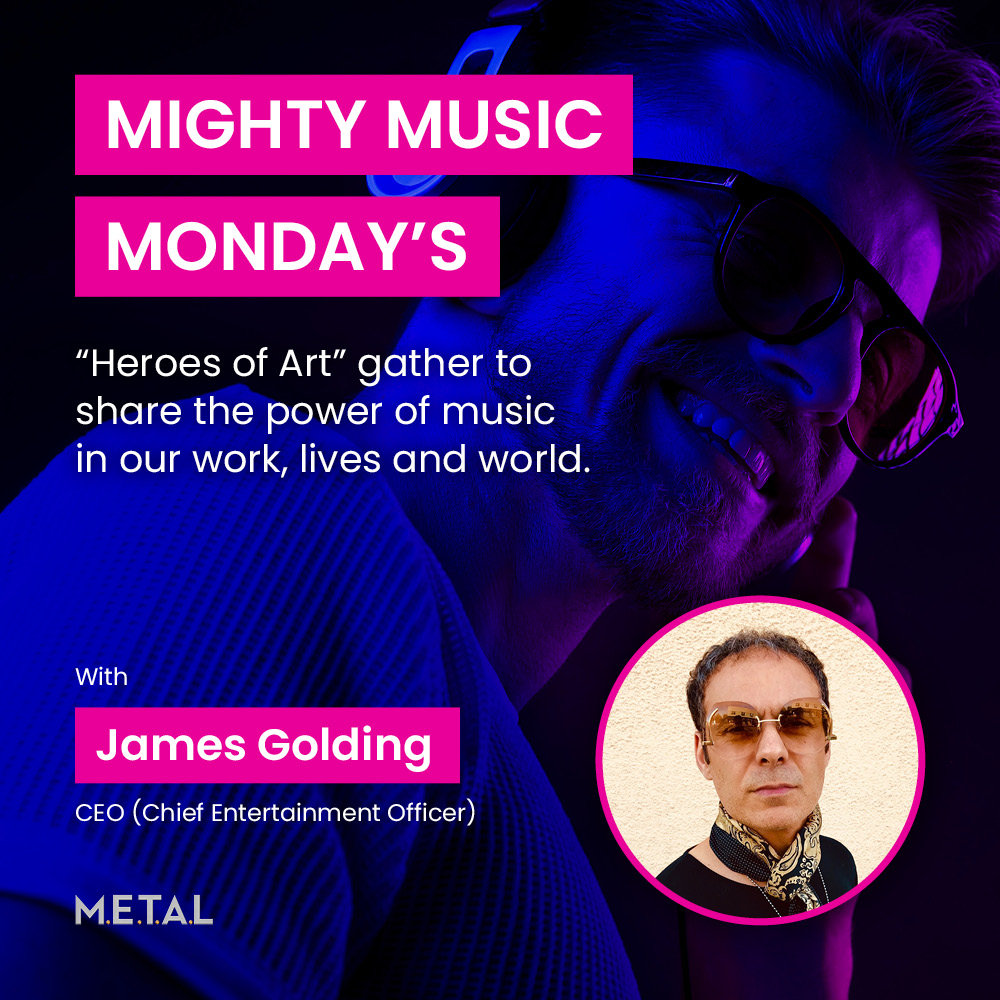 Mighty Music Mondays are all about the power of music in our work, our lives—and our world. This time is for artists, producers, players and passionate listeners of music to learn, grow, share and connect.

So METAL brothers, come and join host James Golding and the rest of the band as we continue on our mission to rock the free world and open our hearts using music as a powerful force for good!