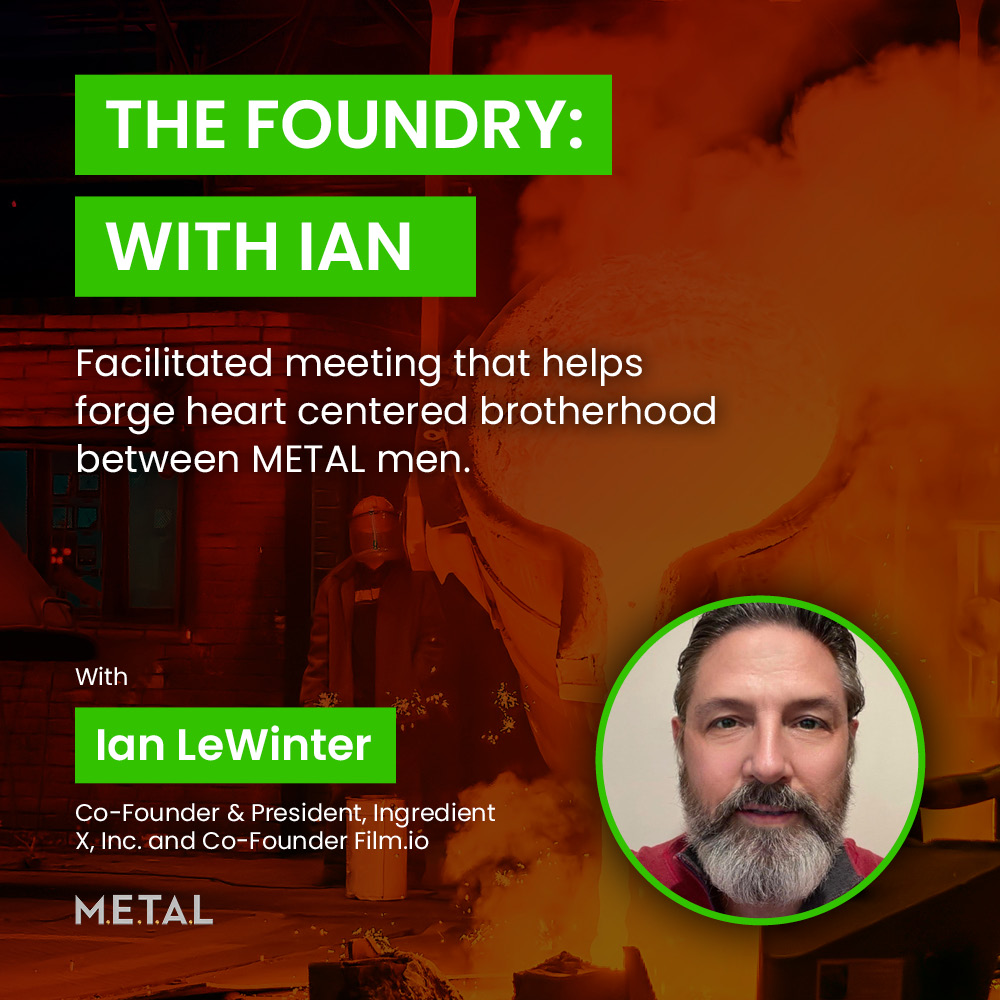 The Foundry: with Ian

The Foundry, facilitated by Ian Le Winter helps forge heart centered brotherhood between METAL men.It's for members only. Foundry is a unique personal development process that uses a predictable and effective set of tightly timed exercises, running on a 120 minute grid.

With over thirty years experience in the creative industry, Ian has managed communications in the technology and entertainment verticals. Ian’s strategies have been used to brand and promote industry heavyweights such as Toshiba, Intuit, Tenet Healthcare and Kyocera. As a founder, Ian developed and implemented strategy for ID, which included the identification, engagement and conversion of key influencers for entertainment clients such as Cox Communications. Ian acted as Executive Producer for Alicia Keys and Brad Paisley televised concerts, and his latest full-feature project, 5-25-77. Ian is also a co-creator of the world’s first superhero (Blank) created in real-time on Twitter in 2007.